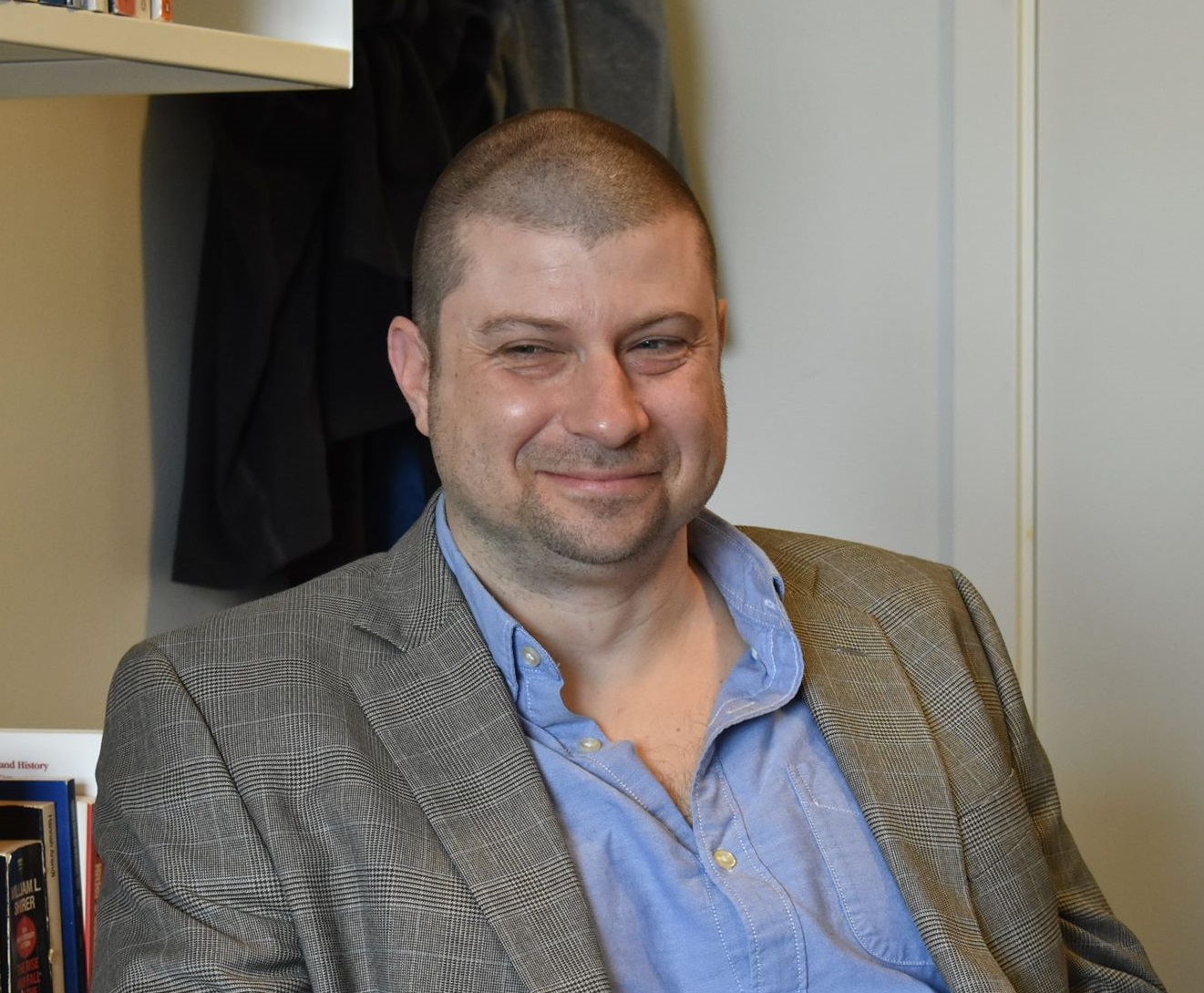 Ben Dorfman is an associate professor at Aalborg University’s Institute for Culture and Global Studies, as well as the chair of the Board of Studies, Language and International Studies. His research areas include world, political, intellectual and cultural history, human rights and historical representation. He is originally from the United States, having studied and worked there. He taught history and philosophy before he moved to Denmark to teach at AAU. His interest in history, and particularly in human rights has inspired his career, and also the publishing of his recent book: 13 Acts of Academic Journalism and Historical Commentary on Human Rights.

Professor Dorfman’s path to this point in his career hasn’t been a straight and narrow one as he has had many jobs and actually started his degree out as a music major, “I wanted to get into the arts and maybe become a jazz musician, but once I started studying music, I realized that what I was really interested in was the philosophical meaning of the arts, and the way art tells us about history. I have always been interested in history throughout my whole life”, he reflected during a recent interview the United Nations Youth Association had with him. This realization is what made professor Dorfman pursue a major in history as “history is the grand overview of human experience”, as he put it. Professor Dorfman finished his education with a PhD in history, with a specialization in the history of ideas, which focused on concepts, philosophical ideas and modes of thinking.

Working at AAU was professor Dorfman’s first job that brought him to an international level in his career. This was a significant step for his career as his focus has been on the global issue of human rights, with AAU’s Institute for Culture and Global Studies serving as a perfect environment for his academic endeavours. Professor Ben Dorfman is an accomplished academic with a passion for human rights and how he can contribute to make the world a more peaceful and better place.

We hope you are excited to hear from him at our upcoming event that he will be speaking at: ‘Human Rights in the Action Against ISIS’. It will start at 17:30 at the International House North Denmark. Find out more on the Facebook event page.

3 Replies to “A Brief Background on Associate Professor Ben Dorfman”