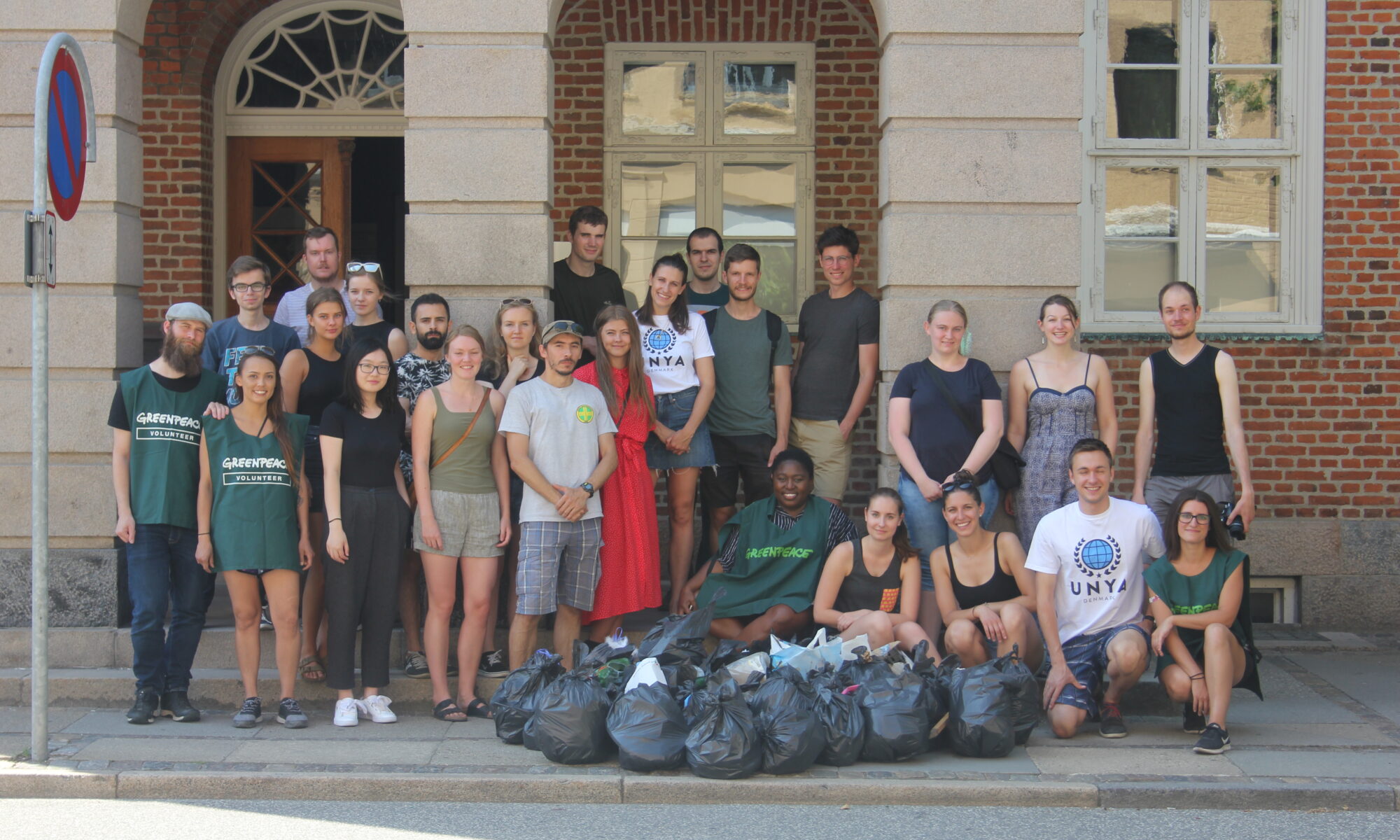 What better way to celebrate the World Environment Day than by doing something good for the nature around us and making the environment we are living in a better place? These exact thoughts were in the minds of volunteers from UNYA Aalborg and Greenpeace Aalborg when they decided to organize the clean-up in the streets of Aalborg on the sunny Sunday June 3rd as an early celebration of the World Environment Day 2018 taking place on  June 5th.

Around 30 participants headed to the streets of Aalborg equipped with gloves and garbage bags, covering some of the center, west and also east parts of the city. Volunteers tried to clear the streets of all the trash including some bigger pieces like cans or plastic bottles, but also the less obvious items such as cigarette butts. Some of the cleaners even got applause or words of appreciation from the people passing by. 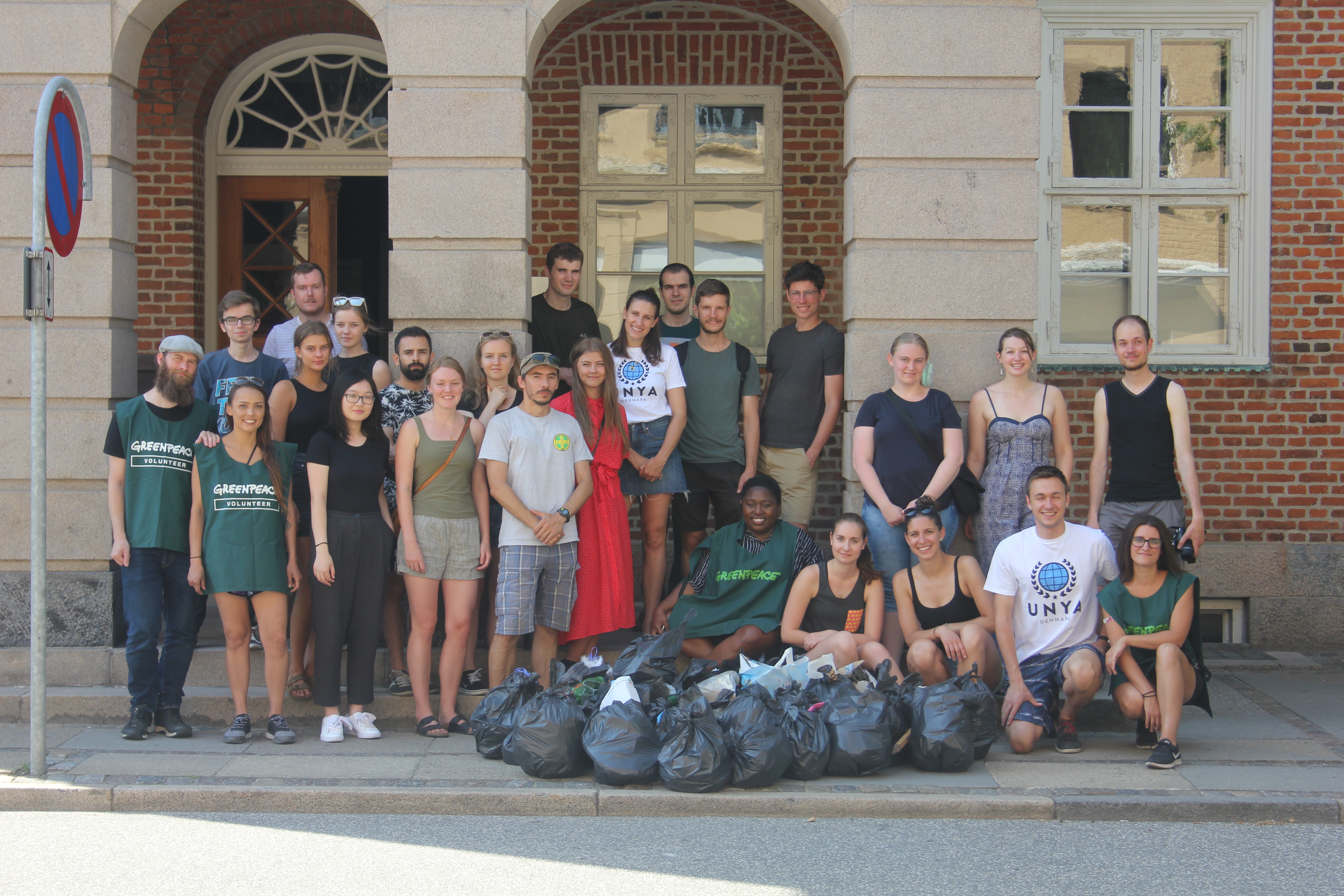 The result of the cleaning effort shocked everyone. Many of the volunteers had to pick up more trash bags as they very quickly had filled up the ones provided at the start. In the end, the streets of Aalborg gave out the amount of 34 kilos of litter in a little over an hour of collecting. It is also important to note that not all of the collected garbage was weighted as some groups disposed of the trash during the cleaning. Such an amount was truly unexpected taking into account how clean we consider Aalborg, or Denmark, to be in general. One of the cleaners from Greenpeace Aalborg summed up the situation after the event most accurately when she said, “when you look at the street as such you don’t see the garbage, the street seems nice and clean, it is only when you start to focus on the litter, you see how much there truly is”. 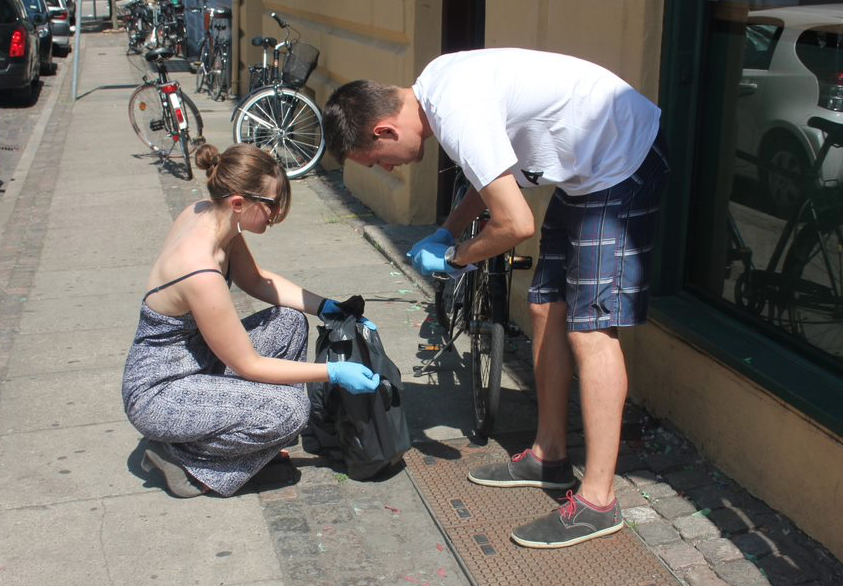 The theme of this year’s World Environment Day was beating plastic pollution. Plastic pollution has lately become a big topic and many measures are getting traction, and it is about time. The situation has reached a critical point, and according to the World Economic Forum report, there might be more plastic than fish in the world’s oceans by the year 2050. Here are a few daunting facts regarding the current plastic pollution situation:

Despite this grim outlook, it is important to keep in mind that every single one of us can help prevent the situation from becoming even worse. Every individual is important and every action counts. You can start with taking your own cloth bag to the store every time you go shopping or reuse the plastic ones you already have at home. You can buy your own reusable cup for coffee or tea to carry around with you and thus avoid using the disposable cups. You can buy your own straw made from steel or bamboo, for example, your own portable set of cutlery, and the same goes for a reusable water bottle. Simply try to avoid one-use plastics as much as possible, including plastic packaging. 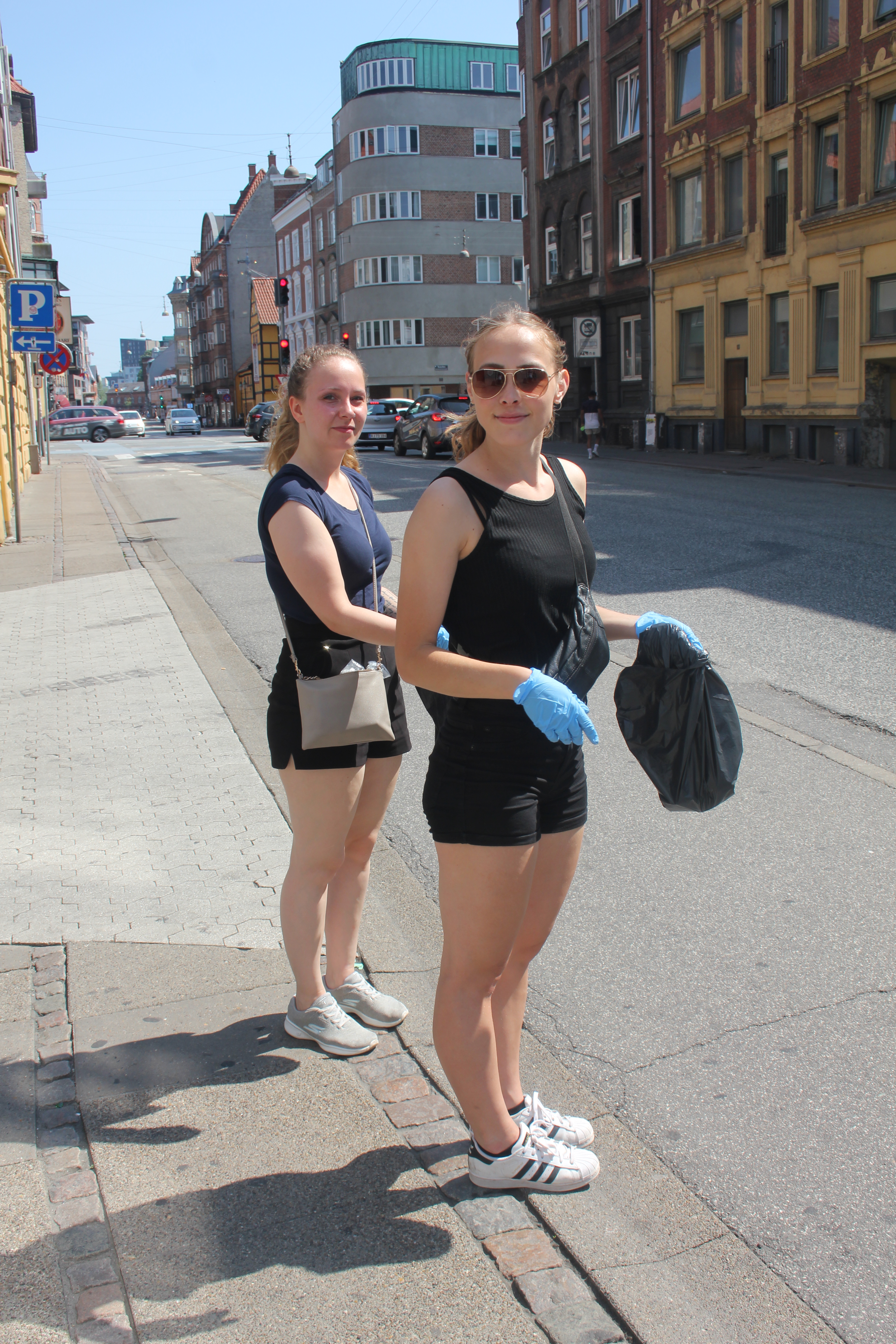 What can help you in your effort is, for example, the mobile app ‘Beat the Micro Bead’ which can determine whether the products you want to buy contain microplastic by scanning the barcode. They are these tiny plastic beads that are most dangerous to the environment and animals who often consume them and work their way up the food chain to human consumption through bioaccumulation. If you are interested in finding out more about plastic pollution and what actions you can take, we suggest visiting the website of UN Environment or downloading the toolkit ‘A Million Acts of Blue’ on the website of Greenpeace.

The biggest surprise and the biggest pollution in the streets of Aalborg was not coming from plastic, but from cigarette butts. All of the volunteers agreed that they are literally everywhere and that it is hard to realize until you focus on them on purpose. In fact, cigarette butts are the most common litter in nature in general. They are tiny, but very nasty indeed. Cigarettes contain more than 7,000 chemicals including Arsenic and Formaldehyde, all of which are going into the soil and water when decomposing, and harm the living organisms that come into contact with them. Plus, it can take up to 10 years for a cigarette to decompose completely. Additionally, even though many people believe that cigarettes are made from cotton and other ‘natural’ materials, the part that looks like white cotton, is actually a form of plastic called cellulose acetate.

We all have to remember that it is not only that we should take care of our environment, but also that we need a healthy and clean environment for us. For this we all have to try our best, which also means we need to educate and raise awareness. The next time you will see someone throwing away trash or a cigarette butt, maybe try to talk to them. The next time you go for a run in nature try to pick up some of the garbage you see on your way  or try to organize a clean-up in your city or village, UNYA Aalborg is also getting ready for a second edition. For future Christmas or birthday present ideas, instead of buying “dust catchers” for your parents or friends, maybe you can give them some nice sustainable gifts as mentioned above. But most importantly, remember that we have to celebrate the World Environment Day every day!